become a member
collaborate
Members in the News – March 2017

Michigan Technological University Professor Greg Odegard will lead a new, multidisciplinary and multi-institution Space Technology Research Institute (STRI). Odegard’s team will include 22 faculty members from 10 universities, two companies and the US Air Force Research Lab. Their STRI is called the Institute for Ultra-Strong Composites by Computational Design or US-COMP. Their goal is to develop and deploy a carbon nanotube-based, ultra-high strength lightweight aerospace structural material within five years.
[visibility type=”hidden-phone”] 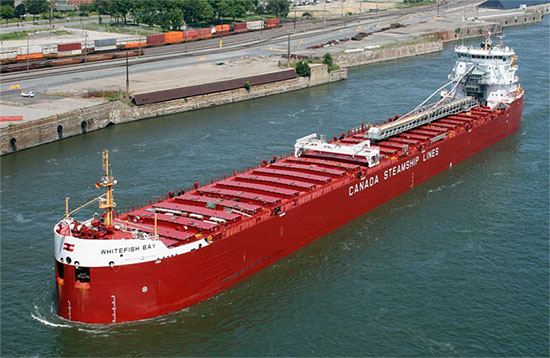 Central Michigan University faculty members Joe Packer and Tony Morelli have collaborated to create an educational game prototype, called Rangers vs. Planners. The game takes one player’s actions within a board game and digitizes them into the virtual world the other player inhabits. It was developed using Unity, a game development tool that has been used to create well-known games like Pokémon Go and Super Mario Run, as well as the Michigan Cyber Range’s 3D version of Alphaville. The hope is that the game can be used in schools to teach ecology.

NOAA’s Great Lakes Environmental Research Laboratory (GLERL), a Merit Member, is participating in a new research project with NOAA ESRL’s Physical Sciences Division and the University of Colorado Boulder. They have installed the Freshwater Flux System on a bulk carrier ship, the Whitefish Bay, to study water and carbon dioxide levels in the Great Lakes. The technology will gather continuous shipboard measurements as the ship traverses the Great Lakes over the next two to three years.

Michigan State University biometrics expert Anil Jain and his team recently investigated what extent facial aging affects the performance of automatic facial recognition systems and what implications it could have on successfully identifying criminals or determining when identification documents need to be renewed. Jain and doctoral student Lacey Best-Rowden found that 99 percent of the face images can still be recognized up to six years later. Their paper will appear in the IEEE Transactions on Pattern Analysis & Machine Intelligence journal.